After trying a couple of the packaged s’mores cereals (including Malt-O-Meal S’mores cereal), I found the chocolate element in the equation in each to be lacking.

So that begs several questions:

I have answers, but maybe not all of the answers. Some things in life just need to remain mysteries.

I am all about easy recipes, and this one is no exception. It only requires about 5 minutes of prep time, mixing the ingredients together in a container.

Our kindergartener loves helping out with cooking and baking, and this one was an easy and fun sensory experience for her to mix together with minimal supervision.

The end product looks a lot like the Post Honey Maid and Malt-O-Meal versions, but the marshmallows are a little smaller.

Even though I love them, my beef with the packaged s’mores cereals is the weak chocolate flavor. The Cocoa Puffs crank up the chocolate dial quite a bit.

Like the Malt-O-Meal S’mores cereal, the Golden Grahams hold up well in milk. They may be even better!

When soaked in milk, the mini marshmallows add sweet, sweet, sweetness and balance out the s’mores flavor.

I scoured Google, DuckDuckGo, and Amazon looking for white, cyndrical cereal marshmallows similar to what’s found in the Post and Malt-O-Meal cereals, and I could only find ones similar to the marshmallows included with powdered hot chocolate.

A vendor on Amazon did trick me. Look at this photo on the listing for Sarah's Candy Factory Mini Dehydrated Marshmallows: 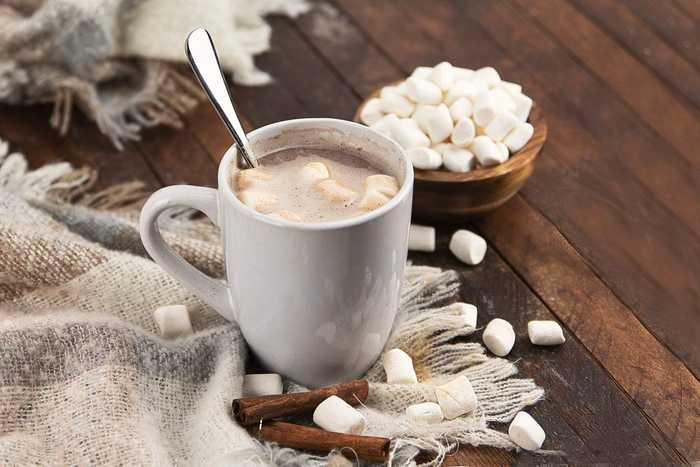 Now either those marshmallows are not the real product, or that is the tiniest coffee mug and spoon in existence. Hot chocolate shots, anyone?

A great s’mores cereal, worth the extra effort

Ultimately, this s’mores cereal recipe still pleases the small children in our family, and the adults enjoy it a little more than the other versions. I’m calling it a family favorite.

This version has more chocolate flavor, doesn’t taste as sweet, and is little more toasty-tasting. Definitely give it a shot and let me know what you think.

May contain traces of tree nut and wheat.

While we make every effort to provide accurate nutritional and allergen information, we urge you to double-check the ingredients' packaging or manufacturers' websites before purchasing and preparing this recipe.

Get s’more recipes like this one in your inbox